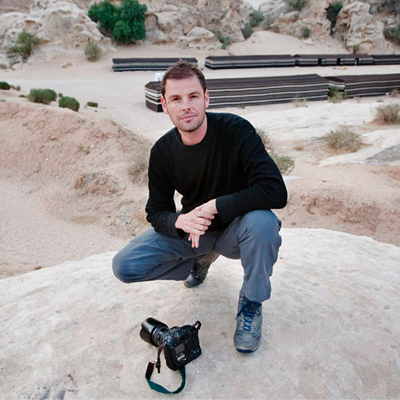 Natan Dvir is an educator and conceptual documentary photographer who focuses on the human aspects of cultural, social, and political issues. He received his MBA from Tel Aviv University and his MFA in Photography from the School of Visual Arts (NY), after which he became an adjunct faculty member at the International Center of Photography (ICP). In 2022 Natan joined ICP staff as Associate Director of Part-Time Programs. He is Israel’s first Sony Imaging Ambassador and photographs around the world being represented by Polaris Images and Anastasia Photo gallery.

Natan’s main projects were exhibited in many solo and group exhibitions in museums, galleries, and festivals in the United States, Europe, South America, Asia, Australia, and Israel including among others the Triennial of Photography Hamburg, Museum of Fine Arts Houston, and the International Center of Photography. His work has been published by leading international magazines including National Geographic, The New York Times, New York Magazine, Der Spiegel, Stern, The Guardian, and Le Monde to name a few. Natan’s work has received recognition winning international prizes including multiple winning entries in the Picture of the Year (POYi), PDN Photo Annual, American Photography, Discoveries of the Meeting Place (FotoFest), Critical Mass top 50, and Picture of the Year Award in Israel.